In the twelfth century BC, there was a large wave of Greek migration from northern Anatolia (in modern day Turkey) to the Mediterranean coast. Many settled in the area immediately east of the area of modern-day Antalya, which came to be known as Pamphylia, meaning “land of the tribes”. Four great cities eventually rose to prominence in Pamphylia: Perga, Sillyon, Aspendos and Side.
Perga itself was founded in around 1000 BC and is nearly 20km inland. It was sited inland as a defensive measure in order to avoid the pirate bands that terrorized this stretch of the Mediterranean.
In 546 BC, the Achaemenid Persians defeated the local powers and gained control of the region. Two hundred years later, in 333 BC, the armies of Alexander the Great arrived in Perga during his war of conquest against the Persians. The citizens of Perga sent out guides to lead his army into the city.
Alexander’s was followed by the diadoch empire of the Seleucids, under whom Perga’s most celebrated ancient inhabitant, the mathematician Apollonius (c.262 BC – c.190 BC), lived and worked. Apollonius was a pupil of Archimedes and wrote a series of eight books describing a family of curves known as conic sections, comprising the circle, ellipse, parabola, and hyperbola.
Roman rule began in 188 BC, and most of the surviving ruins today date from this period. After the collapse of the Roman Empire, Perga remained inhabited until Seljuk times, before being gradually abandoned.
Perge did not really appear in history until the 4C BC. Because the city was not fortified at the time of Alexander the Great, Perge willingly opened its doors to him. In the Hellenistic period Perge enjoyed rights of minting and considerable freedom under the Pergamene kings. The dominant motif used in art and on coins was Artemis of Perge. Artemis was associated with the Virgin Mary in the Christian period and worshipping her continued. Perge flourished and expanded in the Roman Imperial period during the first three centuries AD.
Perga is today an archaeological site and a major tourist attraction. Ancient Perge, one of the chief cities of Pamphylia, was situated between the Rivers Catarrhactes (Duden sou) and Cestrus (Ak sou), 60 stadia from the mouth of the latter; the site is in the modern Turkish village of Murtana on the Suridjik sou, a tributary of the Cestrus, formerly in the Ottoman vilayet of Koniah. Its ruins include a theatre, a palæstra, a temple of Artemis and two churches. The very famous temple of Artemis was located outside the town. 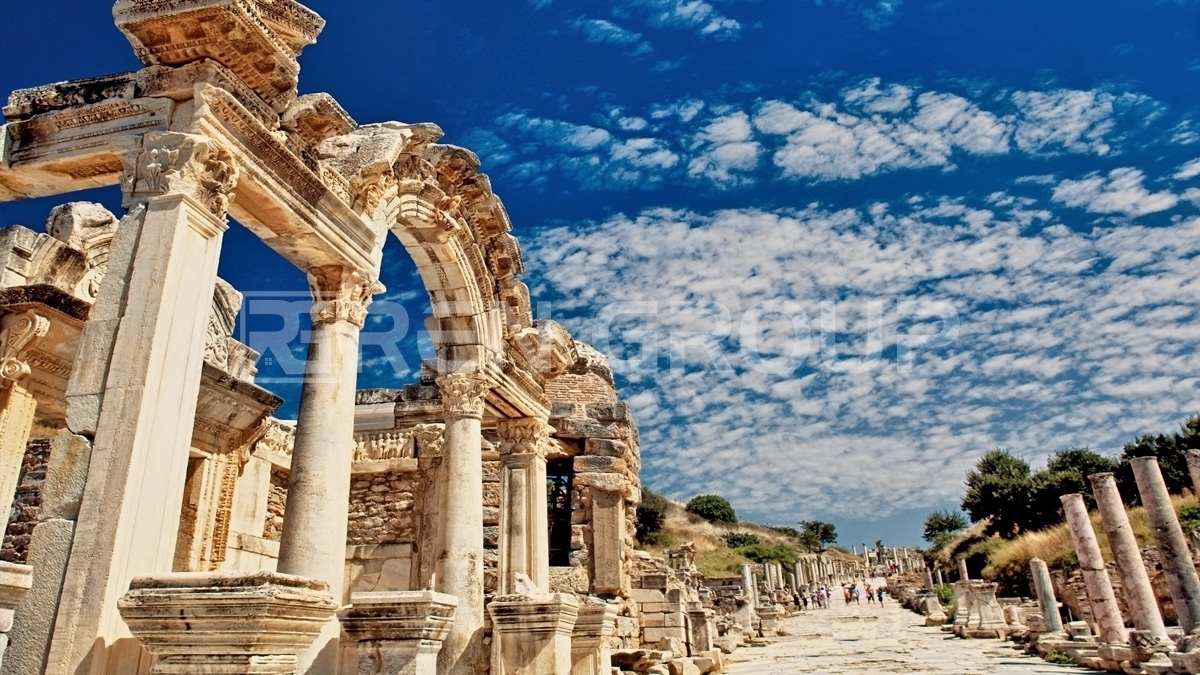 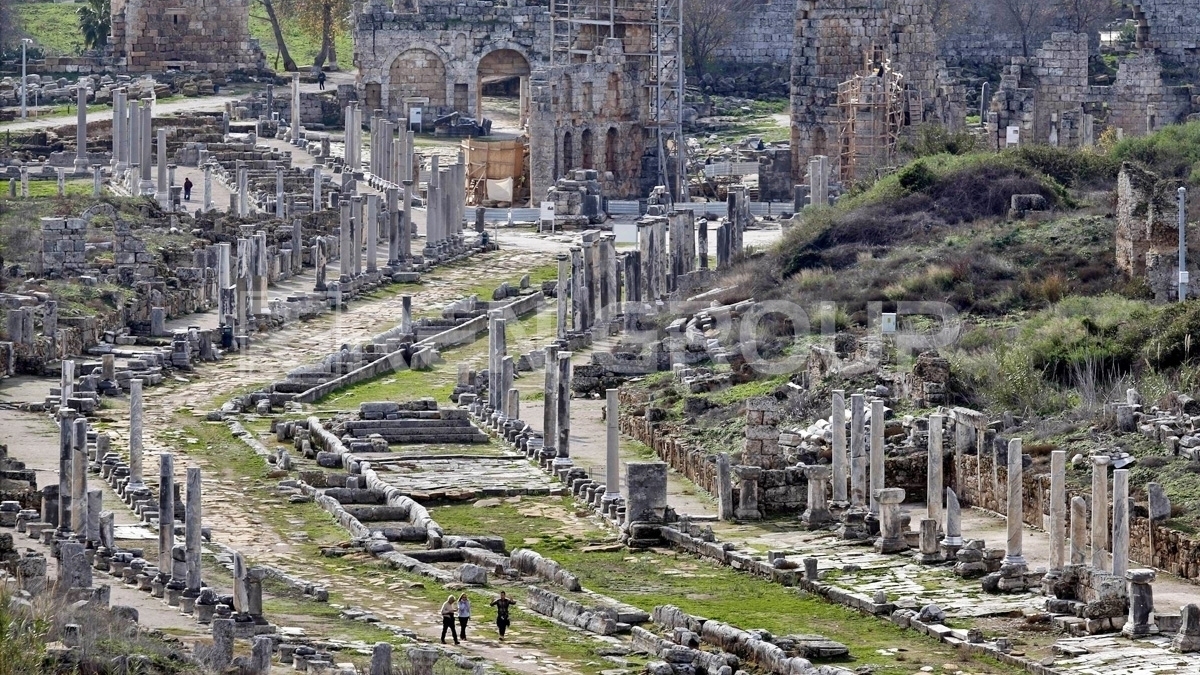 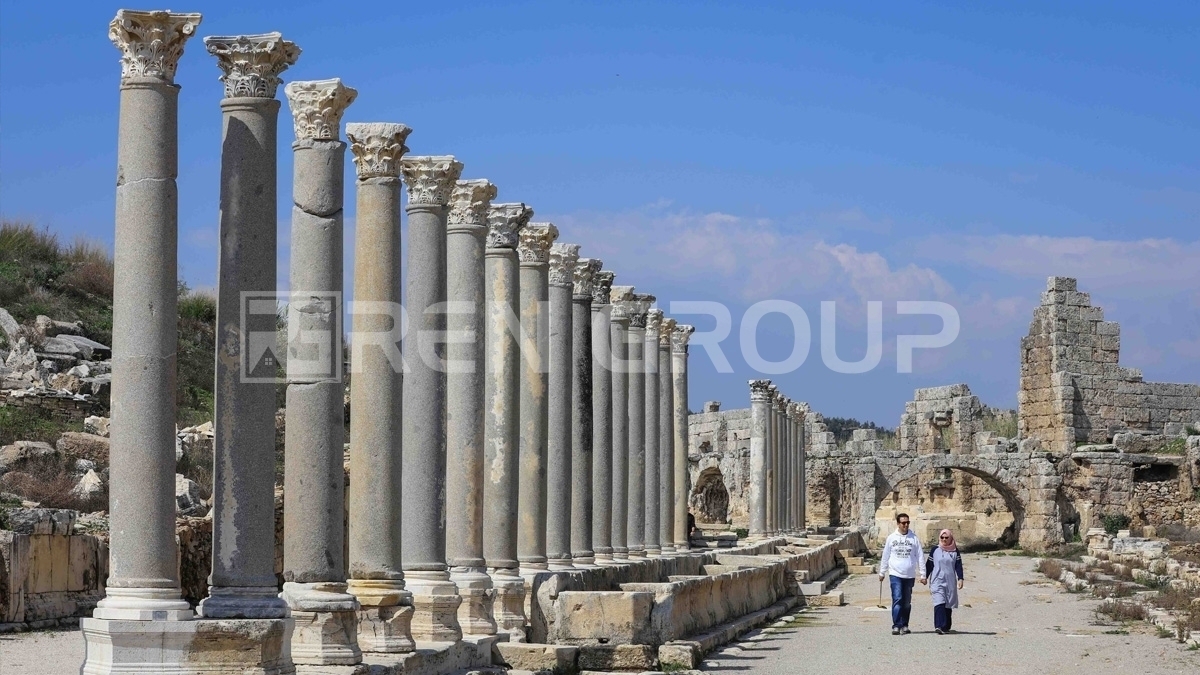 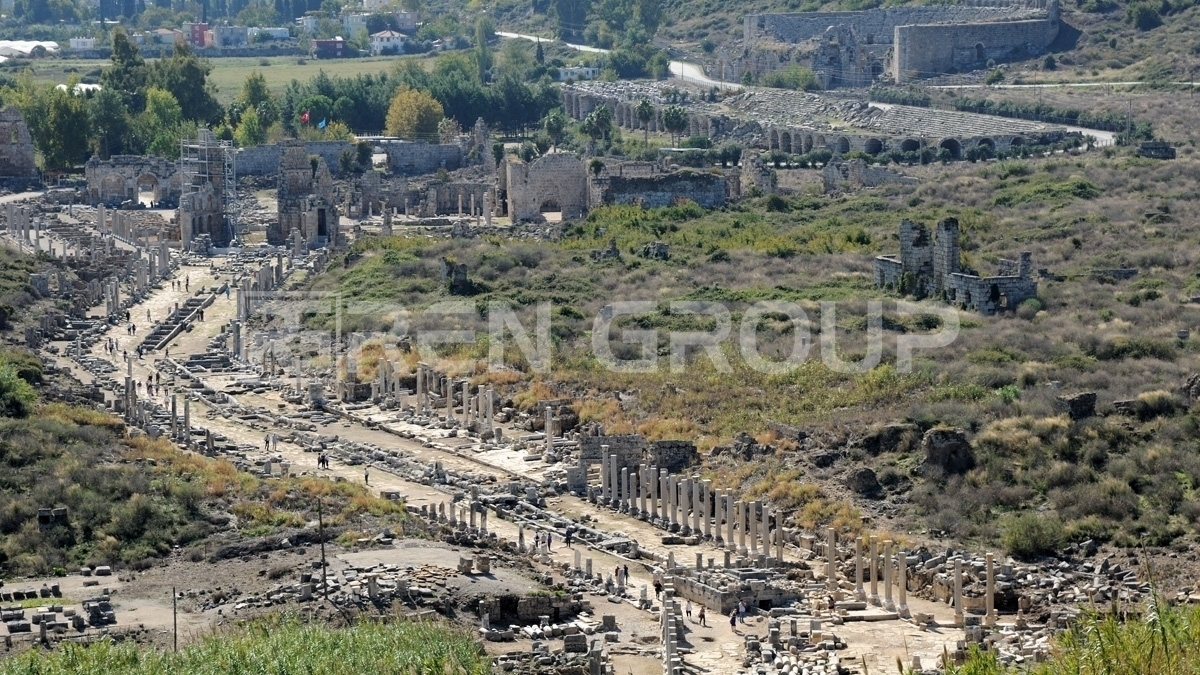 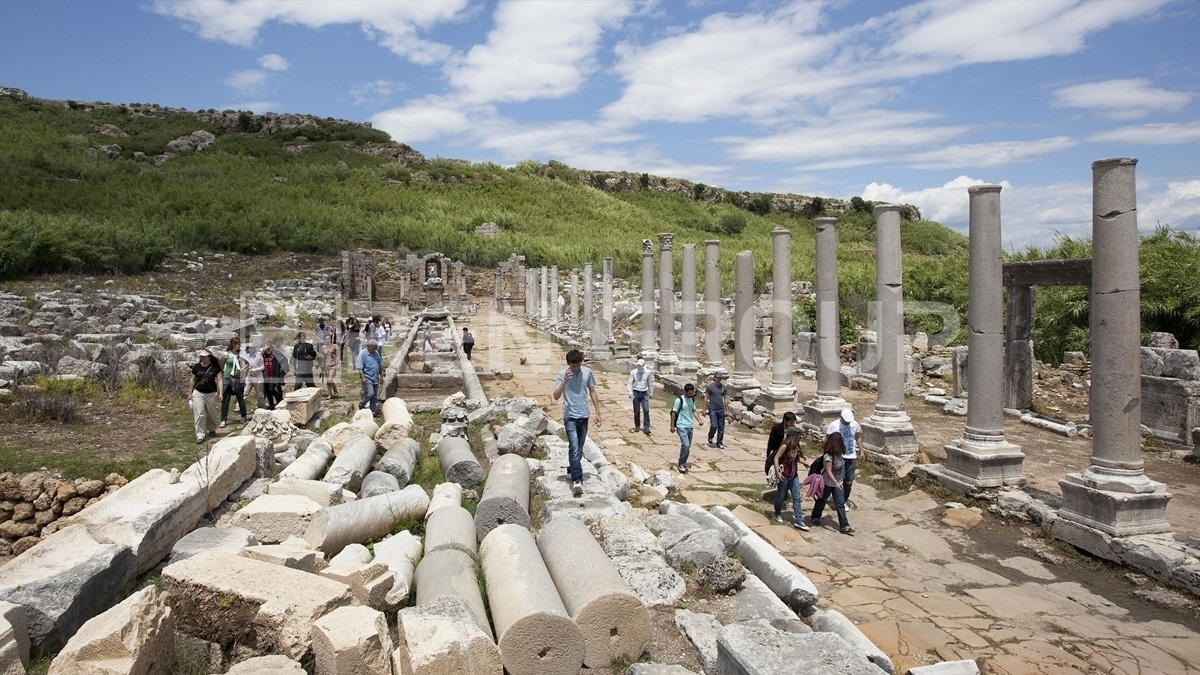 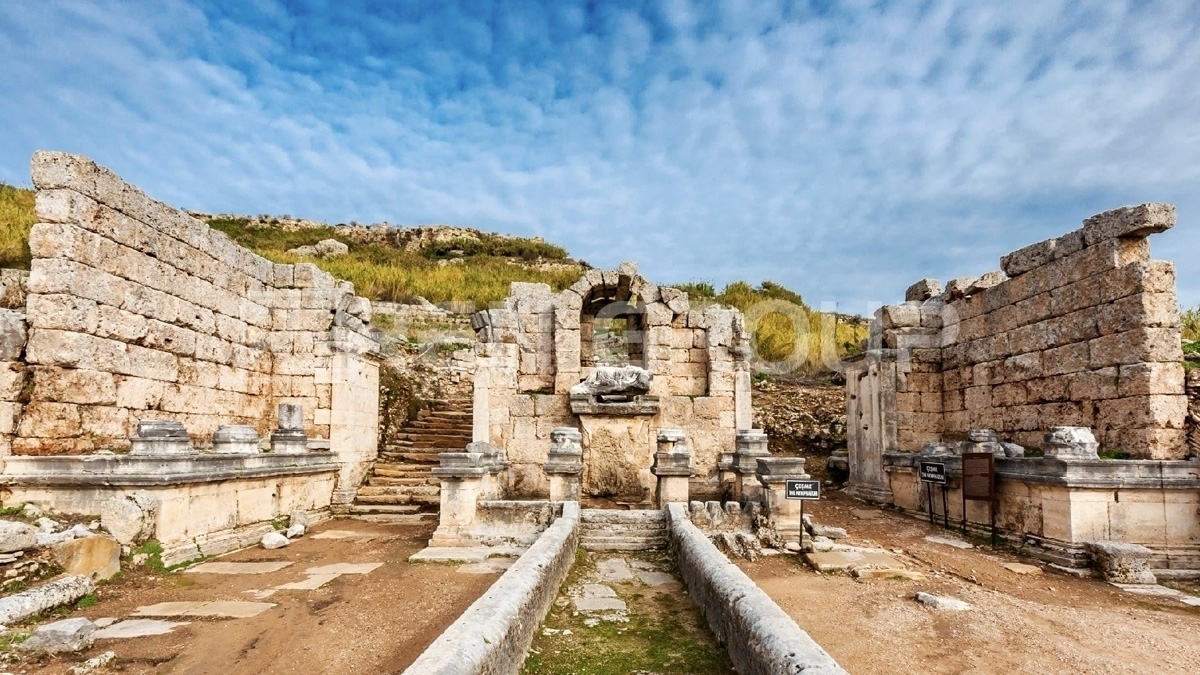 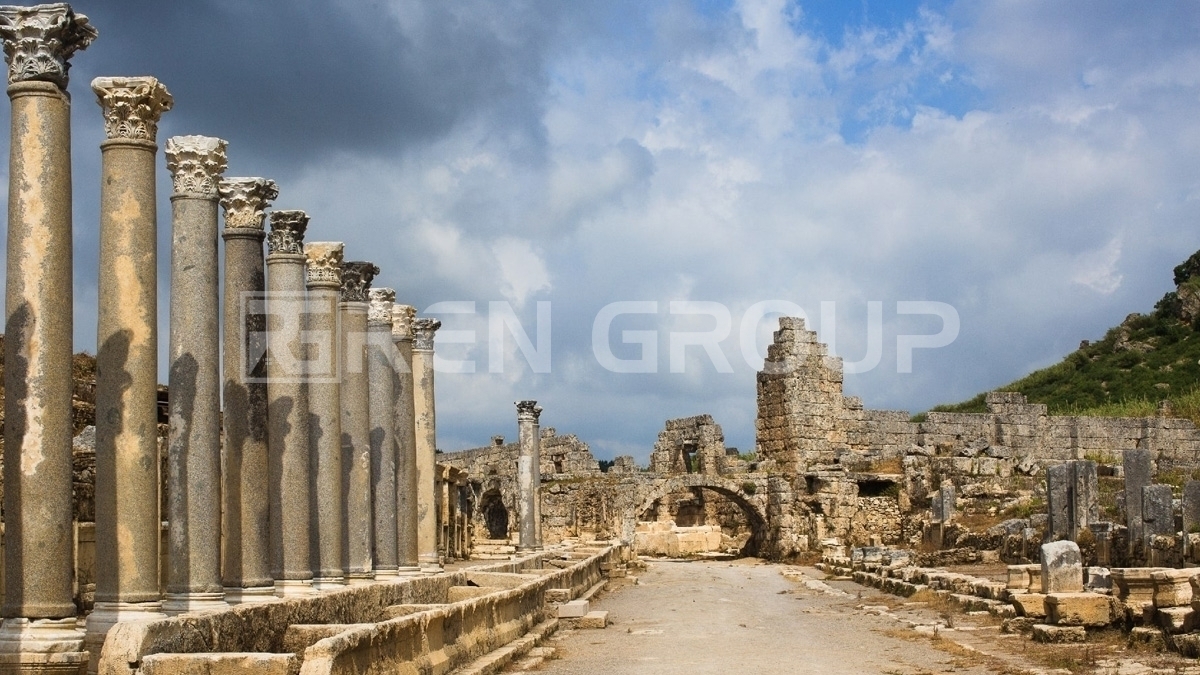 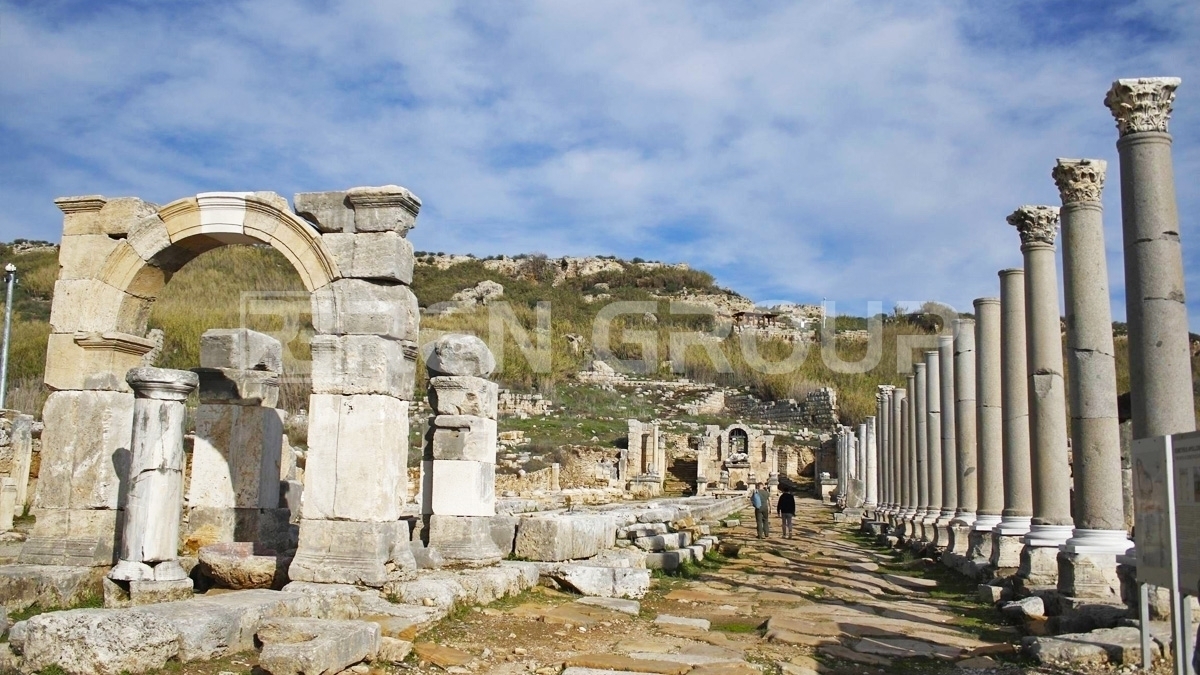