Düden waterfall is a very special place in Antalya, that not so many tourists have yet discovered – at least not the upper waterfalls, located about 12 km from the coast. The park around the waterfall is shady and cooling, almost like a tropical oasis with cascading waterfalls, loud birdsong and with a very special atmosphere and tranquility, that you will not find elsewhere in the town. And it is a rather unique oasis to have in the middle of a big city with traffic, noise, smog and many people. You can probably imagine, how liberating it is to get to the waterfall a hectic and hot, sticky summer day and then enter the park, where there are just a few degrees colder, a completely different and fresh air and where time almost stands still.
Actually, Düden waterfall divides into two waterfalls – the upper and lower, about 10 km apart from each other and connects by a large turbulent underground river. The upper waterfall is located northeast of Antalya, about 15 km from the coast and the lower flows into the Mediterranean and falls 40 meters down in giant cascades. Around both waterfalls is a nice green park with several opportunities to sit and relax with a picnic (something that almost can be described as the Turks’ favorite sport). At the upper waterfalls, there are just a few stalls selling sandwiches and snacks. Here you have to pay a small admission fee to get in, I think it was about 3-4 TL, so it’s definitely not much. There are several small trails that can be followed around the park, and it’s a pretty impressive sight to see the changing landscape with the sound of splashing waterfalls and lush vegetation, that seems unreal in this more harsh, sunny and dry region.
The waterfall is by some local called the Alexander waterfall, because of an old legend that says Alexander the Great stayed here with his massive army and water their horses in year 334 BC.
The water for the waterfall comes from the Taurus Mountains, where several small rivers and irrigation canals from the turbines at Kepez hydroelectrical Complex converge to eventually form this huge roaring river that forms the waterfall. The river is about 20 meters wide and falls 15 meters, so it is a spectacular sight, that meets you inside the park. The water contains many Tuff-stone of volcanic origin and they are helping to dig the riverbed deeper and deeper, so you can see a small lake below the waterfall. 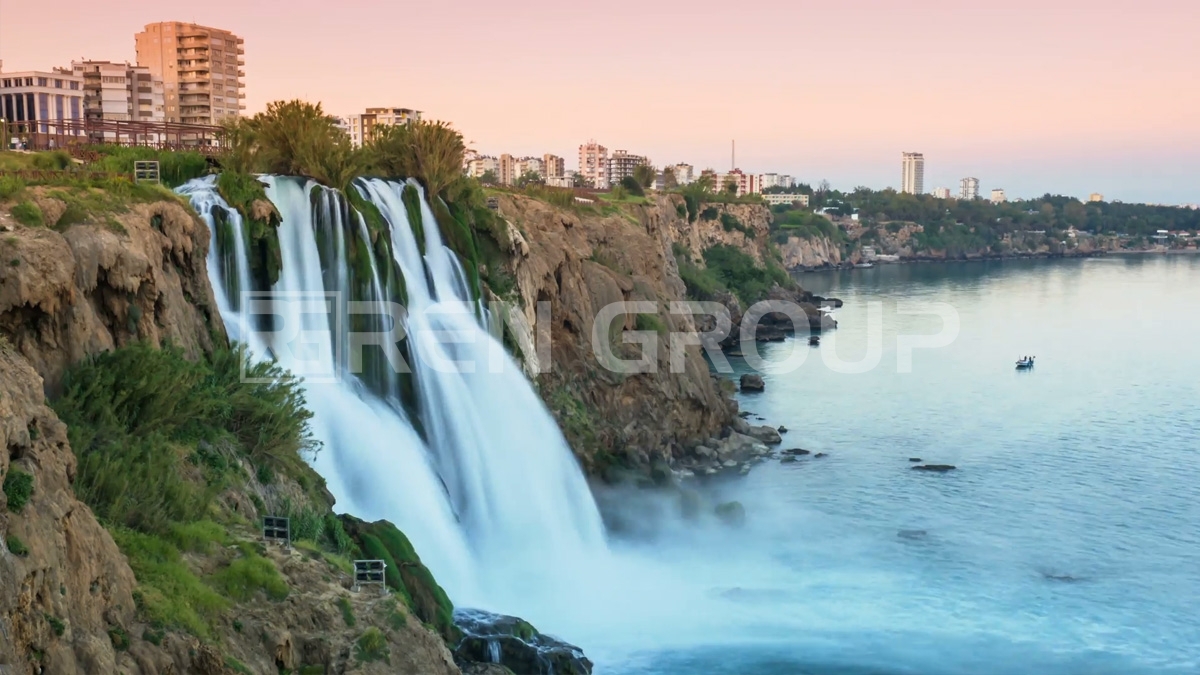 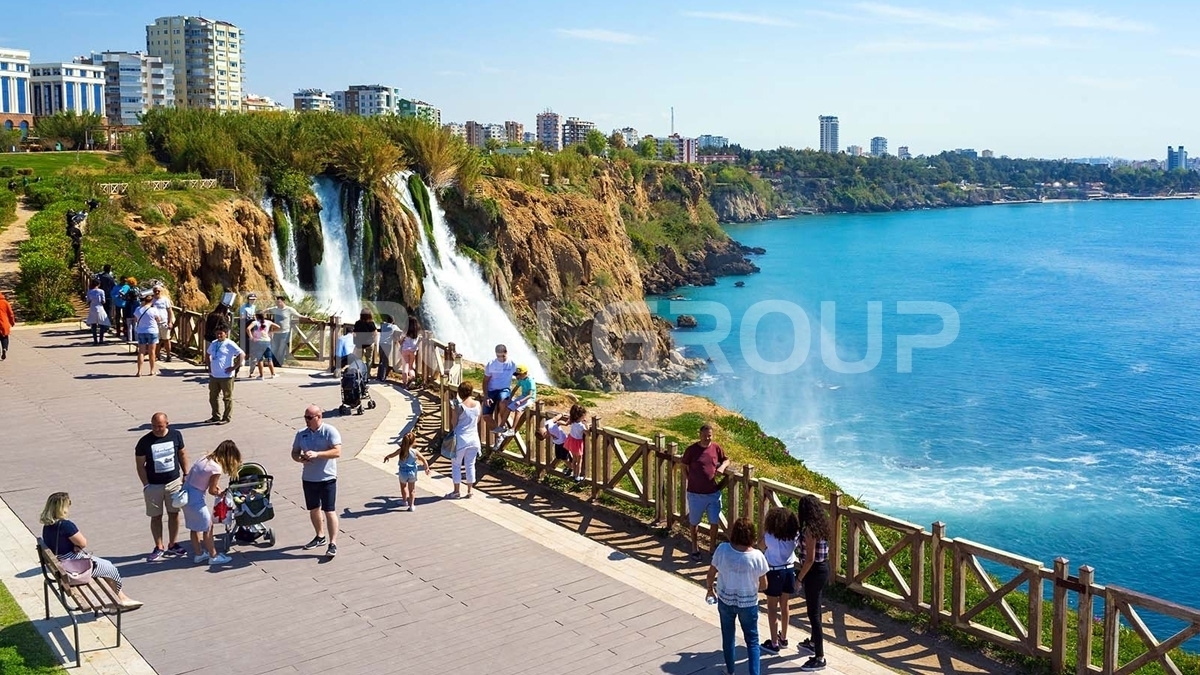 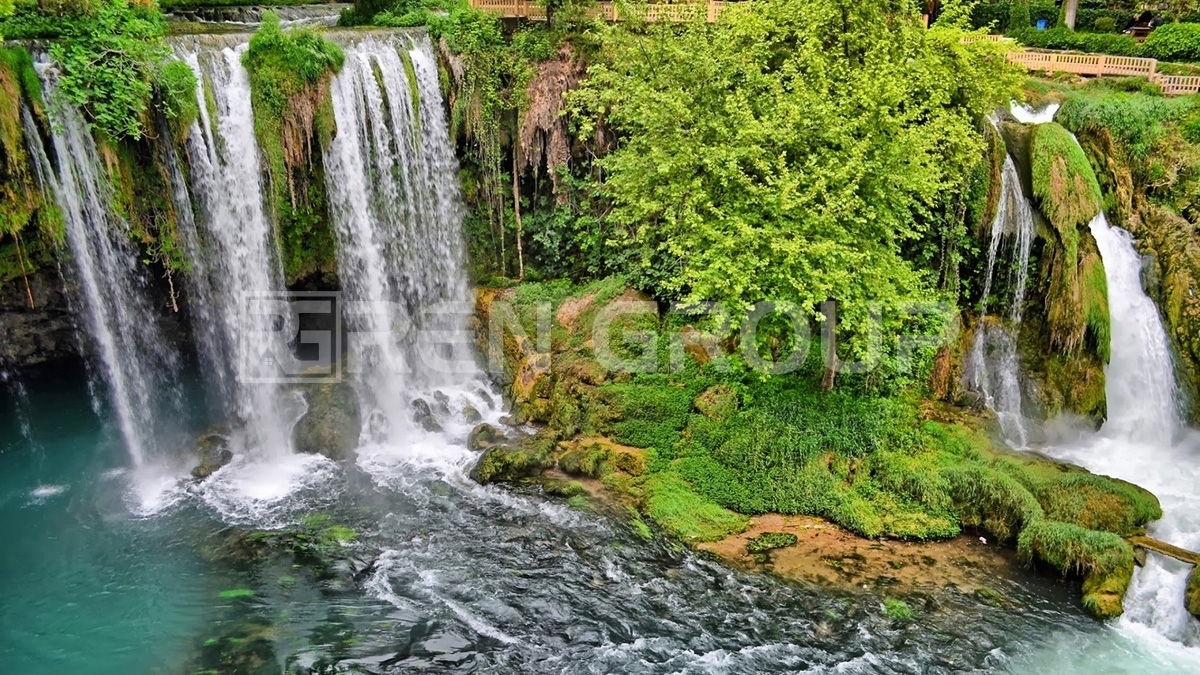 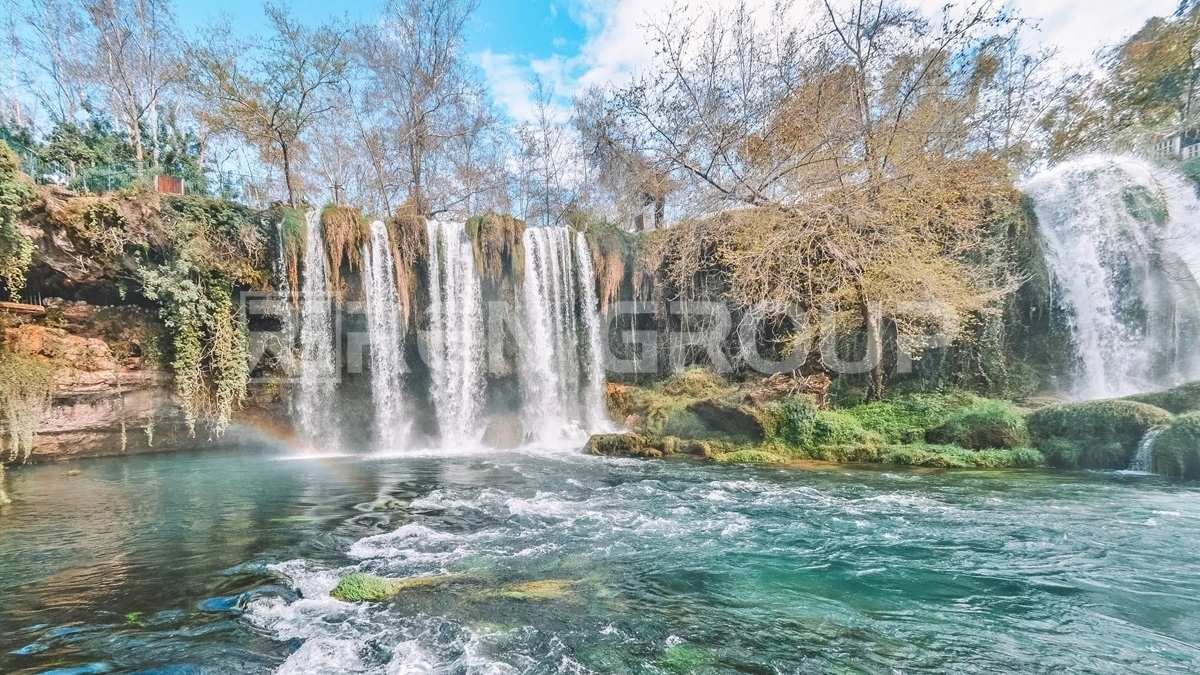 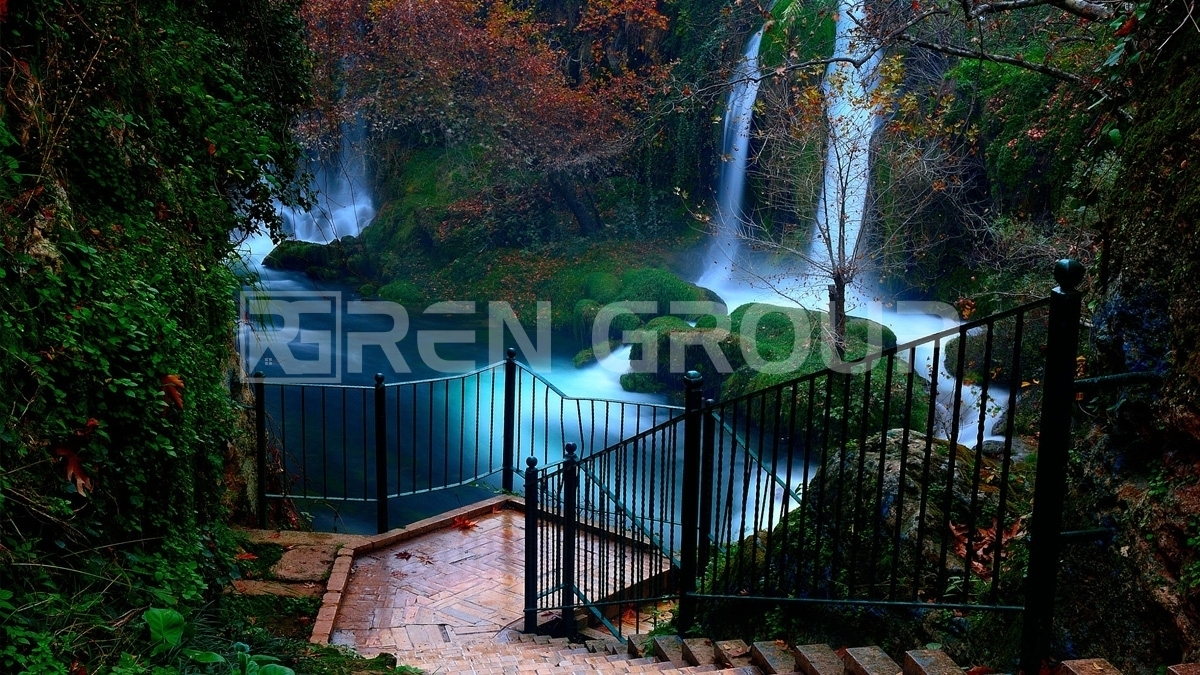 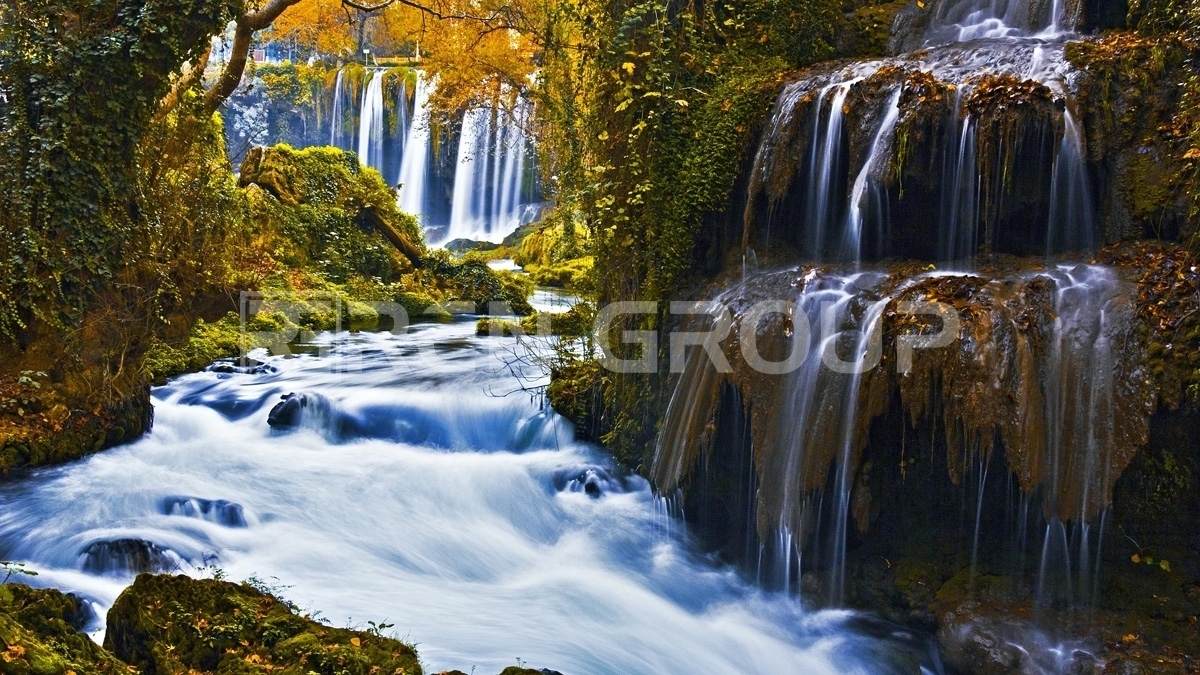